The decline in popularity of religion in recent decades has led the funeral industry to review its practices. In fact, people today are looking for more and more personalized ceremonies that combine the environment and technology. Discover how funeral rites have changed over time and learn more about the new trends in the industry.

Cremation, an increasingly common choice
Once cremation was recognized in 1963, it quickly gained in popularity. In fact, now more than 60% of the population chooses this option. In addition, it was in 1985 that the Church made it possible to hold funerals in the presence of the ashes. This definitely influenced many Quebecers’ decision about how to dispose of the body after death. The urn selected to contain the ashes can be made of various materials: wood, glass, marble and metal are some of the options to choose from.

Integrating the environment and technology into the funeral sector
Today, technology is an integral part of our lives. As a result, many people want to include it in their funeral ceremony. Whether by presenting photos on an HD screen or projecting videos, all ways are good for modernizing the ceremonies. With regard to the environment, more people want to die while reducing their ecological footprint. That’s why there are now several types of biodegradable urns that are less harmful to the planet: made of sand, wood or containing a tree cutting. It is also possible to use real tableware at the buffet or to request that the bookmarks be printed on recycled paper.

Moving toward personalized ceremonies
Another notable change in the ceremonies is the way they have been personalized. In fact, some people will bring items representing the deceased, whether it is a hat, a certain brand of beer or a hockey stick. Some will even go so far as to wear a costume reflecting the deceased’s interest in a movie character or a musician, for example. Although people want to be original in their ceremonies, thanatologists subscribe to the code of ethics established by the Ordre des thanatologues du Québec, which aims, among other things, to ensure respect for the deceased. Personalization is therefore possible, but always with the idea in mind of honouring the loved one. At the Crématorium Montréal, our knowledgeable team will be able to advise you in organizing the ceremony, while answering your questions about cremation. Feel free to contact us for affordable services adapted to your needs. 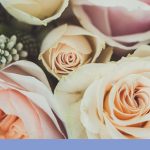 What Types of Flowers to Choose for a Funeral Bouquet?Blog